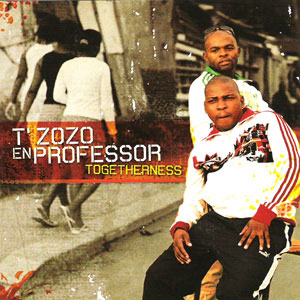 The Halelouja’s, AYE YE’s and AYOBA YO’s issuing from the taxi’s, nightclub parking lots, and double parked vehicles during any trip to Durban during the Festive Season will prove just that.  As South Africa converges on the Durban shoreline like so many ants to spilled sugar, the music which has provided the sweet nectar for the last three Festives has undoubtedly been touched by some of Durban’s Finest Dj’s and musicians. With all of the hubbub surrounding the success of the music coming out of Durban, it only made sense to catch up with Professor for his take on the death of Kwaito and his cities role in the changes to the genre,

It used to be that everyone came to Durban to perform. Mandoza, M’du. All of them. And they controlled the vibe here! Guys from Gauteng used to come to Durban and control the vibe. Lately I’ve seen Kwaito stars come to Durban, to perform, I don’t want to name names, and people were bored. The vibe just wasn’t there. Now when they come here, they are too away from the vibe. They stay in their hotels before the performance, they don’t go out, you don’t see them. And after the show they are hiding in the VIP area away from the people.

Now we are the vibe, we know the dj’s who are playing, we are out there moving the vibe. So I don’t really know what happened to those guys, maybe they got old, maybe it was the fame.

Kwaito is not dead, maybe I can be hard on the guys who are saying that Kwaito is Dead and say that they are ignorant. Ignorant to what we are doing here in Durban. We just came with a different style. It wouldn’t matter if we were in Cape Town and sped it up to 125bpm or even 150bpm. As long as you can dance to it and a guy is telling you his story in vernac over those nice beats, it’s Kwaito.