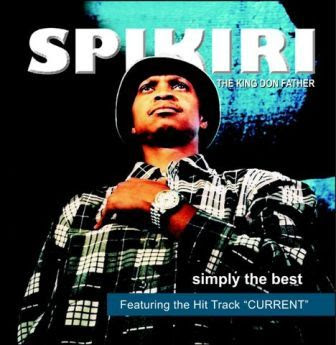 Now we are smack dab in the middle of  the Festive season of Kwaito’s existence. With the release of his 3rd studio Album Mandla “Spikiri” has finally caused South Africa to march to the tempo of a different drum, altering Kwaito forever and killing off the older assumed idea that Kwaito had to exist in a certain BPM.

By doing so, he placed the genre on par with the international house music from which it is was derived. The release of CURRENT in the summer of 2005 moved the focus of Kwaito lovers from the dusty streets of Egoli to the Golden Shores of Kwazulu Natal.

Current, which I did with Professor, was 118bpm. That song was a big change in the way Kwaito was made, but Kwaito is flexible. I don’t agree with people who say Kwaito is dead. Kwaito is still alive and it’s kicking. When these internationally DJ’s who we work with, like Lois Vega and Dennis Ferierra, come to visit us in South Africa or we see them when we are abroad, they commend us on what we are doing. They say that this KWAITO we are doing is original and nothing like anything else in the rest of the world.

Kwaito, is not dead, I can say that. I’m in studio now with Brown Dash, he’ll be dropping in two weeks. Jakarumba has an album that will drop in September. I’m working with Mapaputsi and Thebe. Come September into December this year, my man, we will be rocking! -SPIKIRI