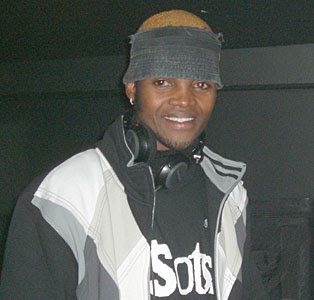 Nelson Mandela was released from prison in 1990 and the bliss began. This new artform, immediately cool and awash in the rich powerful freedom bestowed upon it from the pot of gold at the end of the newly founded rainbow nation, is now taking the party to the next level. Now nearly 20 years later, isn't it sincerely ironic that in the twilight of Madiba’s impressive existence, the artform his freedom breathed life into is on it's last legs or about to evolve to a higher plane of existence. But it depends on what school of thought you subscribe to.

“Kwaito in the technical sense is 100-108 beats per minute, with one or two exceptions: Puff and Pass 107bpm, NtofoNtofo 105bmp, Sweetie My Baby  108 bpm, Jovicho 107bpm; anything else is not Kwaito, it’s House. What those Durban boys are doing is not Kwaito.

I think the new generation is focusing too much on alcohol and partying and girls. Kids look up to us and they listen to Kwaito and they model themselves around what we do. So guys must be careful what we voice out.

If Bricks sings, “Sweetie My Baby”, a guy can say that to his girlfriend. But if we make songs singing about how many bottles of Black Label we are drinking in the club, what are we saying to the youth, It’s not about that” -DJ CLEO

I drop my cell to avoid the traffic cops roadblock before continuing what proves to be a very enlightening and emotional conversation with the Crown Prince Producer of Kwatio. On the line from his home in Gauteng, Dj Cleo’s strong words come from the position of a man secure in his abilities and what can only be termed as a purist outlook for the Kwaito artform.

I carefully avoid Metro and consider his having single handedly pushed the boundaries of Kwaito with hits for names that range from: ZOLA to MZAKES, BROWN DASH to BRICKS. MAPAHPUTSI TO BLEXUM Cleo’s take on the current state and progression of the music leads to a divergence in the process of how it is made and goes directly against the founding father's positioning of  keeping the music free for interpretation, but it can give hope to those who are holding on to the flag and longing for what can soon be referred to and revered as the OLD SCHOOL OF KWAITO,

I think the statement that kwaito is dead is bullshit. It’s dying, its in the process of dying. But I’m about to reverse that process with Blexums new album and I’ve just done new tracks for Mandoza. People just want to dance and they just want something to dance to and people don’t dance to your reputation. The talent remains in my hands and my brain, not what the papers say, it’s not my reputation that’s going up on that stage to pick up the awards, it’s the music. People just want the music. When they can’t get in the club because the promoters are charging too much, they will dance outside. They will park their cars, open the boot and play the music.           -DJ CLEO